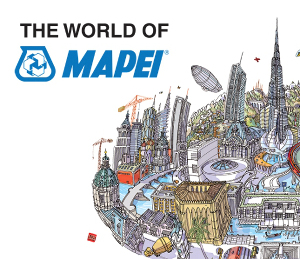 MAPEI is presenting a new image of its brand. Starting this, the new Mapei’s World image will be used by MAPEI Americas for all forms of communication, including printed publications, advertising, billboards, posters, flyers, event banners, promotional giveaways, websites and presentations.

Mapei’s World is one of values based on the quality of construction work. In the Mapei’s World image, interpreted and created by the renowned illustrator Carlo Stanga, each one of the most prestigious references represented in the drawing is a vivid reminder of one of MAPEI’s 15 global product lines:

- Products for ceramics and stone materials

- Products for resilient and textile materials

- Products for cementitious and resin flooring

- Products for the repair of masonry

MAPEI’s concrete contribution to the world of construction as a leading player, each and every day, on many and varied sites all around the globe corresponds with the freedom of expression and fantasy of each design. Following are a few of the landmark structures that have been improved by MAPEI products and that can be recognized in the artwork:

Carlo Stanga lives and works in Berlin and Milan. He became an illustrator early in his career, collaborating with the most important Italian publishers. MAPEI selected Stanga to portray Mapei’s World for a number of reasons. “There was plenty of discussion within the company about the best means of communication to make the general public fully aware of MAPEI’s great potential; opting for such an apparently non-technical means of communication was a very important step forward,” said Adriana Spazzoli, director of marketing and communications for MAPEI Group. “We wanted to break free from the kind of technical style of communication that had always characterized our company; and, upon studying all the potential that illustration has in store, we decided to choose Carlo Stanga, not just for his widely acknowledged professional expertise on an international level and his experience in the world of architecture, but also for his skill at depicting the world of building and construction with such great imagination, originality and flexibility.”