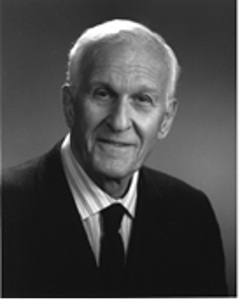 Henry Rothberg, founder and chairman emeritus, Laticrete passed away on March 17 at his home. He was 91 years old.

While working as a young man in his family’s South Carolina floor covering installation business, Rothberg realized that there must be a better way to install ceramic tile. With a background in science and a degree in chemical engineering from the University of South Carolina, Rothberg began investigating how synthetic latex technologies could be applied to the concrete industry.

Rothberg started Laticrete International in 1956 with his wife Lillian, who worked as bookkeeper for the fledgling organization. He successfully ran the organization until 2001 when he became chairman emeritus, ceding leadership to his sons Henry and David.

With innovative products, services and marketing, Laticrete became a global company with a reputation for quality and service. “His innovations and impact on the tile, stone and concrete industries are still felt today,” said Henry Rothberg, senior vice president training. “His developments have left us an incredible legacy and have changed the course of an entire industry by revolutionizing tile and stone installation techniques".

Rothberg is survived by his wife Lillian and their children, Irene, Henry B., Deborah, Celia, Jonathan, Michael and David, as well as his nineteen grandchildren and four great grandchildren. He will be laid to rest on Wednesday March 19 in New Haven, Conn.

An online memorial in remembrance of Rothberg has been established at http://www.laticrete.com/in_memoriam.aspx. In lieu of flowers, donations may be made to: The University of South Carolina Department of Chemical Engineering, 301 Main Street, Columbia, S.C. 29208 or The American Technion Society (ATS), 55 East 59th Street, New York 10022.