Robert Varden is a man who has been deeply involved in the installation sector of the floor covering business, first as an installer, then as an owner of a sizable workroom. Following that prep work, he became executive director of CFI, the International Certified Flooring Installers Association. We caught up with Varden at the FCICA mid-year meeting.

FCI: This may be a silly question, but would it be fair to say that CFI is basically in the training business, among other things? 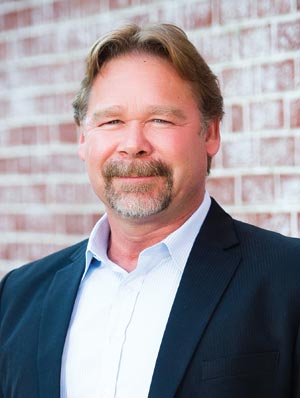 Varden: Correct. For 26 years we’ve been in the training, education and certifying business. That’s really what CFI has been all about; it’s in our DNA. I would add, however, that in the last five years or so, we have entered the recruitment business. I would be teaching a class somewhere and have 15 to 20 students in the room and I always asked them to introduce themselves. I asked them what surfaces they install and how long they have been installing. Now, we get a lot of multiple surfaces and as I go around the room, I get a lot of people who have been installing for 20, 30 and even 35 years. When you start to hear this taking place again and again, you start thinking about retailers and what they are going to do in 10 years when these guys are all going to be gone. Recruitment was the obvious direction.

So, about five years ago we started an initiative aimed at recruiting. We knew the industry as a whole has missed out on at least two, possibly three, generations of youth. So we started meeting with high school students. We had an opportunity to ask them about their plans after graduation: did they have plans involving work, or did they plan to go to college? We learned as much as we could about this group and initiated activities directed at recruiting. So, if somebody asked me now what CFI does, I would say we are tasked with recruiting the next generation of installers because if you’re in the business of training installers and suddenly you don’t have any more installers, you’re in trouble.

FCI: What about training the existing group of installers that work in the field day in and day out?

Varden: Not only is there still a large body of installers that need training—and let me say that there are some phenomenally great installers out there—but there are still a lot of guys, and unfortunately I still think it’s the majority, who may have learned the trade from someone who learned it from someone else, who, unfortunately, has never installed correctly. So, the long and short of it is that there is still a lot of training that needs to happen in this industry as a whole. So we’re training and certifying now all over the world. I feel our biggest task, especially here in the U.S., is certainly recruiting and especially recruiting youth.

FCI: Recruitment in general, according to many people in the industry, does not seem to be going all that well. Is that correct?

Varden: I think you’re right. There are lots of hurdles. According to our research on why kids are not getting into the trades, it’s not just the floor covering industry that’s experiencing this shortage. Builders’ groups and others in construction in general and virtually all trades are having a hard time getting youth into the trades. We found schools had eliminated shop from their curriculum, so, unfortunately, a lot of these kids graduate from high school and have never swung a hammer.

I think the focus at the high school level has for years been on getting high school kids into college. Many parents want their kids to go to college. But statistics show that 70% of the people in the workforce today are working outside of their degree and many of them are still paying back that tuition. When we started communicating with these kids, what we found is that they want a path. I think when I was a kid, I just wanted a job. I didn’t care about benefits. All I thought of was how much money I could take home. Kids today seem a little more educated about things and I think they want a little more stability than I did.

When we’re talking with these various groups, we start talking about rates of pay. We talk about where they could be now starting off, where they could be in three months, six months, and a year. And it really gets their attention. Another thing we found—since students weren’t able to build things in high school—we found when we put them in various installation modules and had them put down a floor, they would react with a “wow.” For me personally, being in the flooring business I would look at a project I had just finished and say, “wow.” I took a lot of pride in the installation and that’s what these students did.

FCI: We’ve been talking about recruitment for a long time. How can recruitment happen more often and in more places?

Varden: You may be familiar with the Build My Future events we were involved in that took place in Springfield, Mo. These events were for several trades, including flooring, and they offered high school students hands-on experience.

For example, the students would use air nailers and put shingles on a roof. On the flooring side, we permitted students to install mosaics, they could install hardwood in a module and they could seam carpet with the Coolglide. After it was over, these kids told me they got very involved in it. As a result, we decided to do an event specifically focused on flooring called Build My Future Flooring Event. We did it in Dallas and we were amazed to have more than 100 high school students participate.