Total Construction Starts Up 3% in April

“The construction sector is seemingly shrugging off the fear of higher interest rates and a potential recession,” said Richard Branch, chief economist for Dodge Construction Network. “Many building sectors have made the turn from weakness to recovery as underlying economic growth and hiring are solid. With the pipeline of projects in planning continuing to expand, this trend should continue in the months to come. However, the concern that the Federal Reserve will force the U.S. into recession later this year may thwart the momentum in construction starts. While recession is not our baseline forecast, it can not be fully discounted.”

Below is the breakdown for construction starts:

Nonbuilding construction starts fell 4% in April to a seasonally adjusted annual rate of $187.1 billion. Starts in the environmental public works category rose 8%, while utility/gas plant starts moved 10% higher. Starts for highway and bridge projects fell 14% and miscellaneous nonbuilding starts dropped 2% during the month. Through the first four months of the year, total nonbuilding starts were 2% lower than in 2021. Highway and bridge starts gained 28% through four months and environmental public works projects were 2% higher. At the same time, miscellaneous nonbuilding and utility/gas plants starts dropped 37% and 39% (respectively) through four months.

The largest nonbuilding projects to break ground in April were the $531 million Gross Reservoir Expansion in Golden, CO, the $450 million Seven Cowboy wind project in Washita and Kiowa counties, OK, and the $338 million Great Pathfinder wind farm in Boone and Hamilton counties, IA.

Nonresidential building starts rose 6% in April to a seasonally adjusted annual rate of $295.9 billion. In April, commercial starts rose 2%, institutional starts gained 8% and manufacturing starts increased 16%. Through the first four months of 2022, nonresidential building starts were 19% higher than during the first four months of 2021. Commerical starts advanced 11% and institutional starts 1%, while manufacturing starts soared 189% on a year-to-date basis.

The largest nonresidential building projects to break ground in April were the $500 million Caesar Virginia hotel and casino in Danville, VA, the $430 million Aggie Square Life science building in Sacramento, CA, and the $400 million The Rose Gaming Resort in Dumfries, VA.

For the 12 months ending April 2022, residential starts improved 11% from the same period ending March 2021. Single family starts were 6% higher and multifamily starts were 27% stronger on a 12-month rolling sum basis.

Regionally, total construction starts in April rose in the Northeast, South Atlantic, and South Central regions, but fell in the Midwest and West. 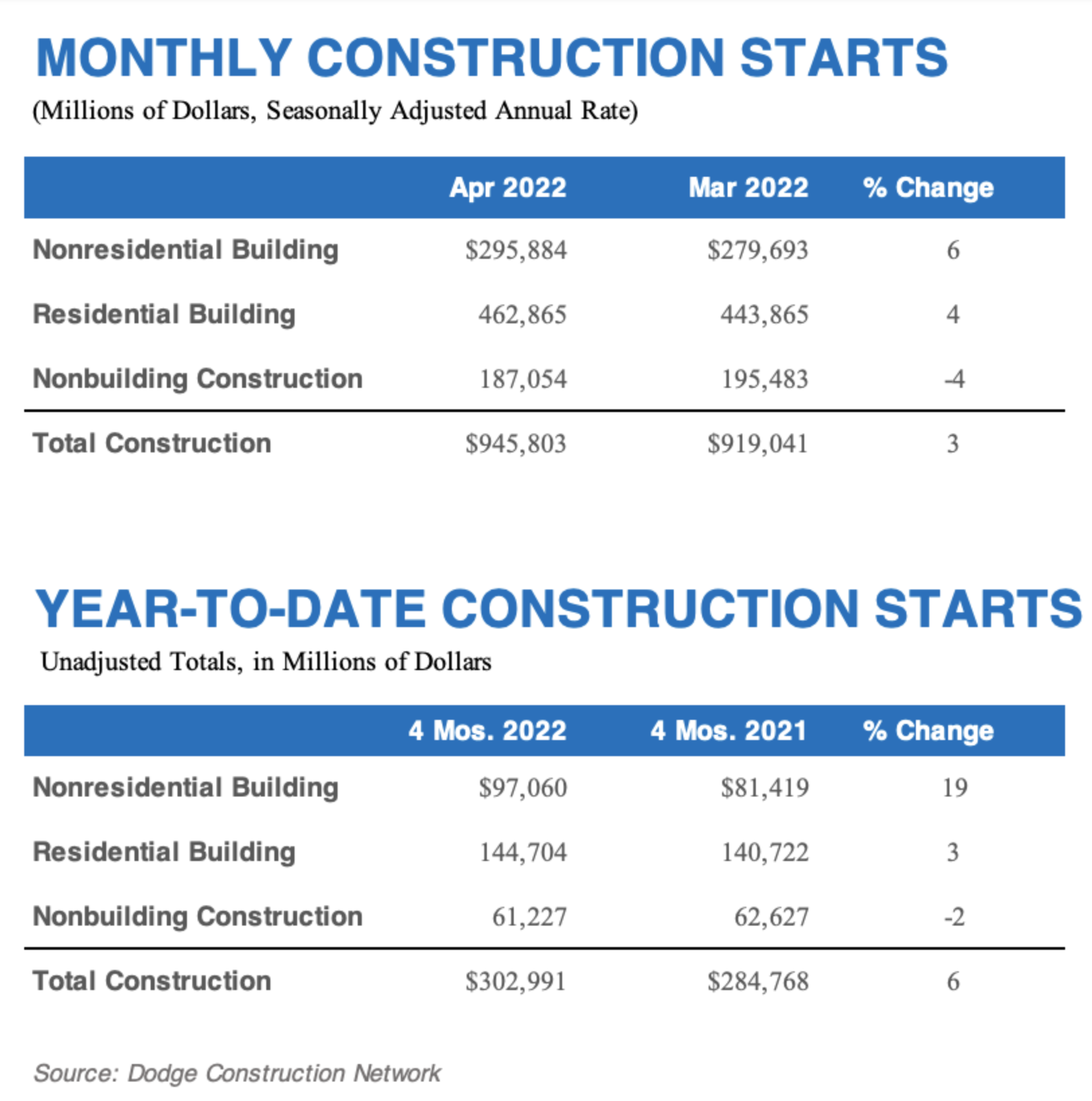 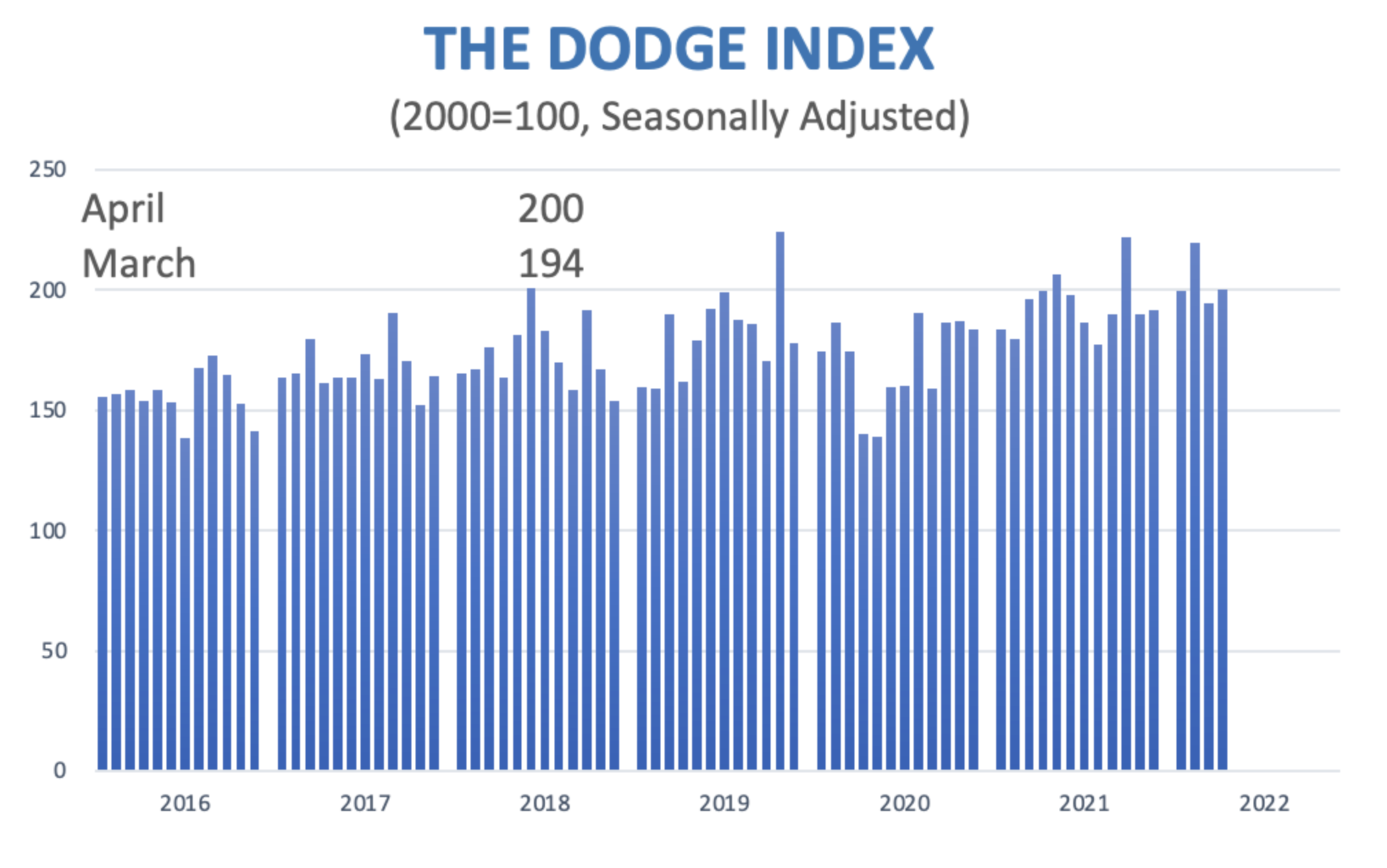