We sat down with David Seland, CEO, ISE Logik, to talk about the work his team did at Clemens Aviation. This project was particularly special to Seland. He has been flying for over 42 years and used this opportunity to fly his Bellanca Super Viking, four-seater, retractable gear aircraft to the jobsite to take some profile photos. He began soloing when he was only 15 years old and got his private license at 16.

The following are excerpts of our conversation, which you can listen to in its entirety at floortrendsmag.com/podcasts. 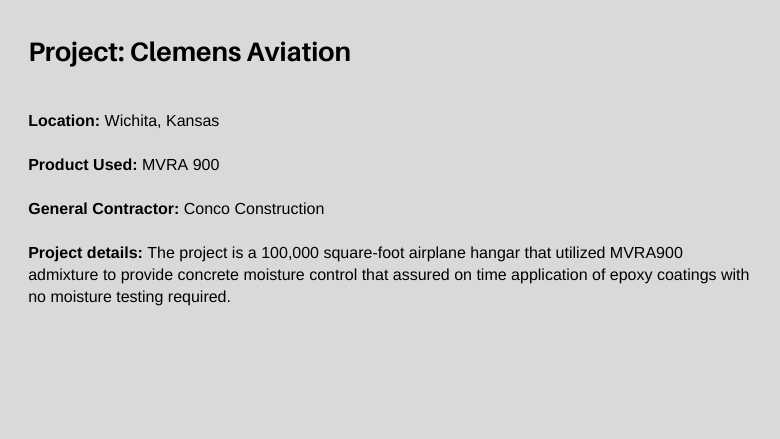 TalkFloor: Tell us about this project.

David Seland: Wichita is essentially the capital of the general aviation world, and so I decided to fly my plane there for this project to see how it was going. This is a hangar space. With the hangars in these locations in Kansas with the general aviation manufacturers and it's Celera-type businesses, charter companies, they utilize different floor coating systems for the surface of that concrete. It was quite exciting to take a look at the facilities there and then to utilize the concrete in this first project.

TF: The project covers 100,000 square feet. How much concrete was required to cover that much ground, and how much admixture went into that?

Seland: That was just on the first phase. And since then, I believe we've done three or four more phases to the facility there and then also surrounding facilities at other airports in the Wichita area.

The 100,000 square foot was a thicker slab because there's different requirements for weight, etc., that one may have with airplane traffic coming in. That was definitely more concrete than you would have on a school project or a healthcare project. It was right around 2,500 cubic yards, and there are about ten cubic yards per truckload. So, you're looking at about 250 truck loads for the 100,000 square feet. As far as the dosage rate of our product, we're dosing, on average, close to two-thirds of a gallon per cubic yard. We utilized right around 1,600 gallons of our product for this project.

TF: Were there any challenges that you were up against there?

Seland: Not really. It was quite simple. We sent the product up there. The ready-mix company utilized it. Andale Ready Mix—we met with them a number of times. We were on the project a couple of stages when they were placing the slabs. The slabs were placed first. Then the hanger building was built on top of the slab—around it.

Sometimes you'll see in vertical construction and hospitals/healthcare—stuff like that, they might not place the ground slab until some part of the structure is placed. In this case, they didn’t do that. They placed the slab first, and then built the structure around it. Other than normal ambient conditions that can affect the curing of the concrete and placement for that day, high winds and heat during the summertime when it was placed, may have an effect, but the concrete contractors are well versed on what to do to resolve any issues that might arise. 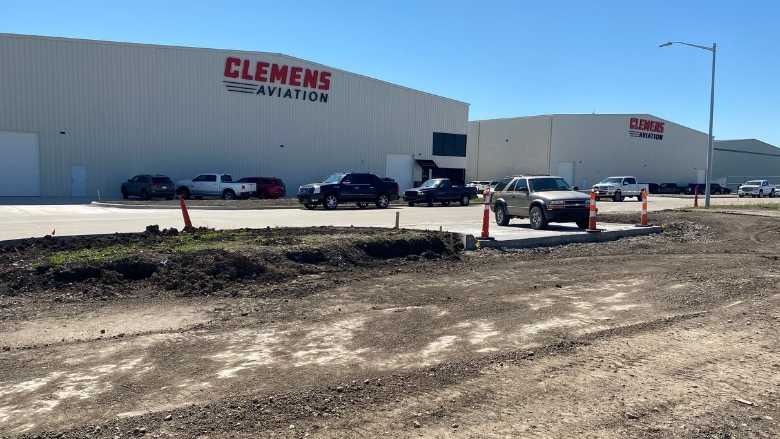 TF: What did the timeframe look like for the slab completion?

Seland: The slab completion was within a few days, and I think most of the coatings were applied after the building was completed, and climate control [was installed]—within about 60 days after the placement of the concrete.

TF: Let's talk about the importance of moisture control within the concrete for the flooring installation process.

Seland: In this case, it wasn't a resilient flooring system that you might put down in a school or [other commercial facility]. This was a liquid, two-part system that you might see in healthcare facilities, airports and hangers—more of a high-end floor, in this case, for a hangar. A lot of times you'll see polished concrete only, but this was for a very specific purpose.

The floor coating that they chose was very susceptible to moisture and pH. The project team had had issues with moisture and pH control in the concrete previously. That's why they chose this process, and the process has been working for them successfully now. The project team utilizes our product and process on a regular basis with their hangars and facilities there, using our MVRA 900 product.

TF: Do you know what product they used to coat the slabs that can withstand that sort of demand each day?

Seland: I know they have about three different products spec’d, and I'm not exactly sure which product they used for this one hanger, but I know it definitely has a very high tensile strength—psi strength, to withstand the heavy traffic from airplanes, movement and assembly, etc. 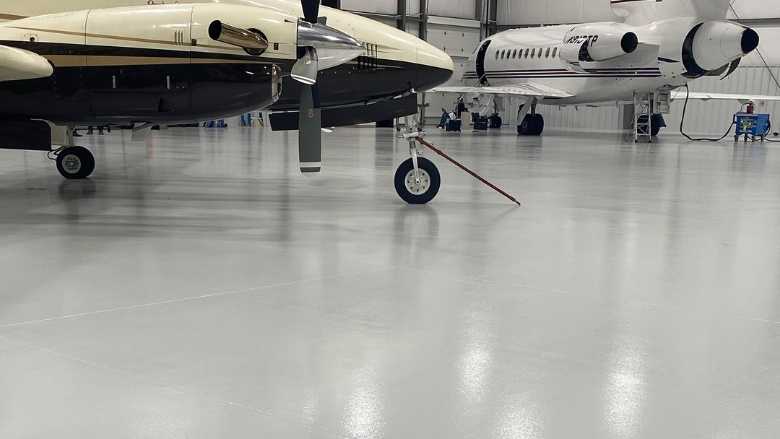