Sergeant Anderson served two tours of duty in Iraq, earning his rank in the Military Police (MP). In October 2005, he was injured by an improvised explosive device (IED) that resulted in the loss of both legs and his left hand. 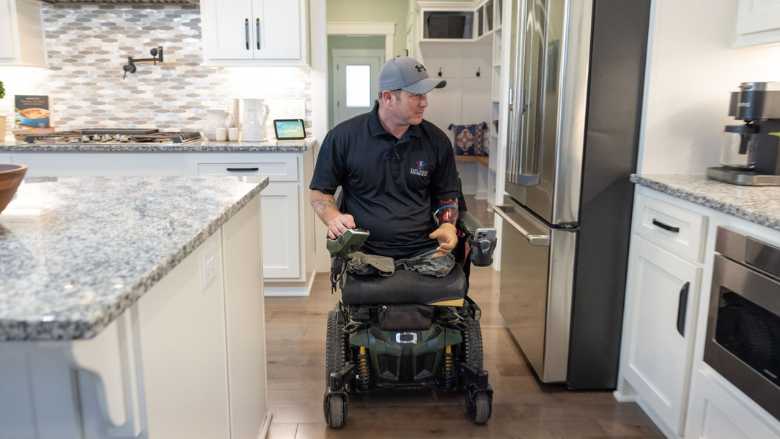 “Sergeant Anderson is one of the few triple amputees to survive his injuries,” says NWFA president and CEO, Michael Martin. “He endured 13 months of rehabilitation at Walter Reed, and now serves as a national spokesman for Quantum Rehab, traveling the country delivering his message of perseverance and determination in major rehab facilities. We’re honored to partner with Somerset to provide beautiful wood floors for his new home.”

In addition to the 66 homes already completed, NWFA currently is working with its members to source wood flooring for 16 additional R.I.S.E. homes in various stages of planning and construction. Currently, 143 NWFA member companies have donated product, logistics, and installation services in locations throughout the United States, with a total value of more than $5.7 million.

A list of all NWFA R.I.S.E. participating companies can be found here.