Single-family Starts at Highest Pace Since Spring of 2007

Led by solid gains in single-family production, overall housing starts increased 4.9 percent in October to a seasonally adjusted annual rate of 1.53 million units, according to a report from the U.S. Department of Housing and Urban Development and the U.S. Census Bureau.

Builder Confidence Surges in June as Housing Rebound is Underway

In a sign that housing stands poised to lead a post-pandemic economic recovery, builder confidence in the market for newly-built single-family homes jumped 21 points to 58 in June. 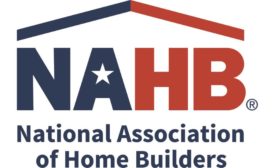 The Housing Industry Is Poised to Lead the Nation's Economic Recovery

As the industry observes National Homeownership Month in June, recent housing data indicate the important role the residential construction industry will play in leading the U.S. economic recovery from the coronavirus pandemic, according to the National Association of Home Builders.

Led by a steep 31.7 percent decline in multifamily production, nationwide housing starts fell 14.4 percent to a seasonally adjusted annual rate of 956,000 units in August, according to newly released figures from the U.S. Department of Housing and Urban Development and the U.S. Census Bureau. 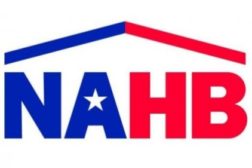 Sales of newly built, single-family homes declined 13.4 percent to a seasonally adjusted annual rate of 394,000 units in July as higher mortgage rates prompted a temporary pause in buying activity, according to newly released data from HUD and the U.S. Census Bureau.

Concrete Slab Moisture Testing Evolves in the Age of Bluetooth

TISE Las Vegas, which normally occurs in January each year, will occur in June for 2021 offering buyers the opportunity to be face-to-face with their business associates and their industry friends.

Coverings is the largest ceramic tile and natural stone trade fair and exposition in the United States and North America.
View All Submit An Event